Marley Training Manager, David Cassell, takes another look back at our Company’s history, prompted by a rather special reunion that took place back in August 2019.

Marley at Burton welcomed a very special visitor on Saturday 17th August in the form of H872HVT, a Volvo F12 truck that was purchased new by Marley way back in 1990. In those days, the Company ran its’ own fleet of approximately 100 vehicles to deliver our products nationwide. 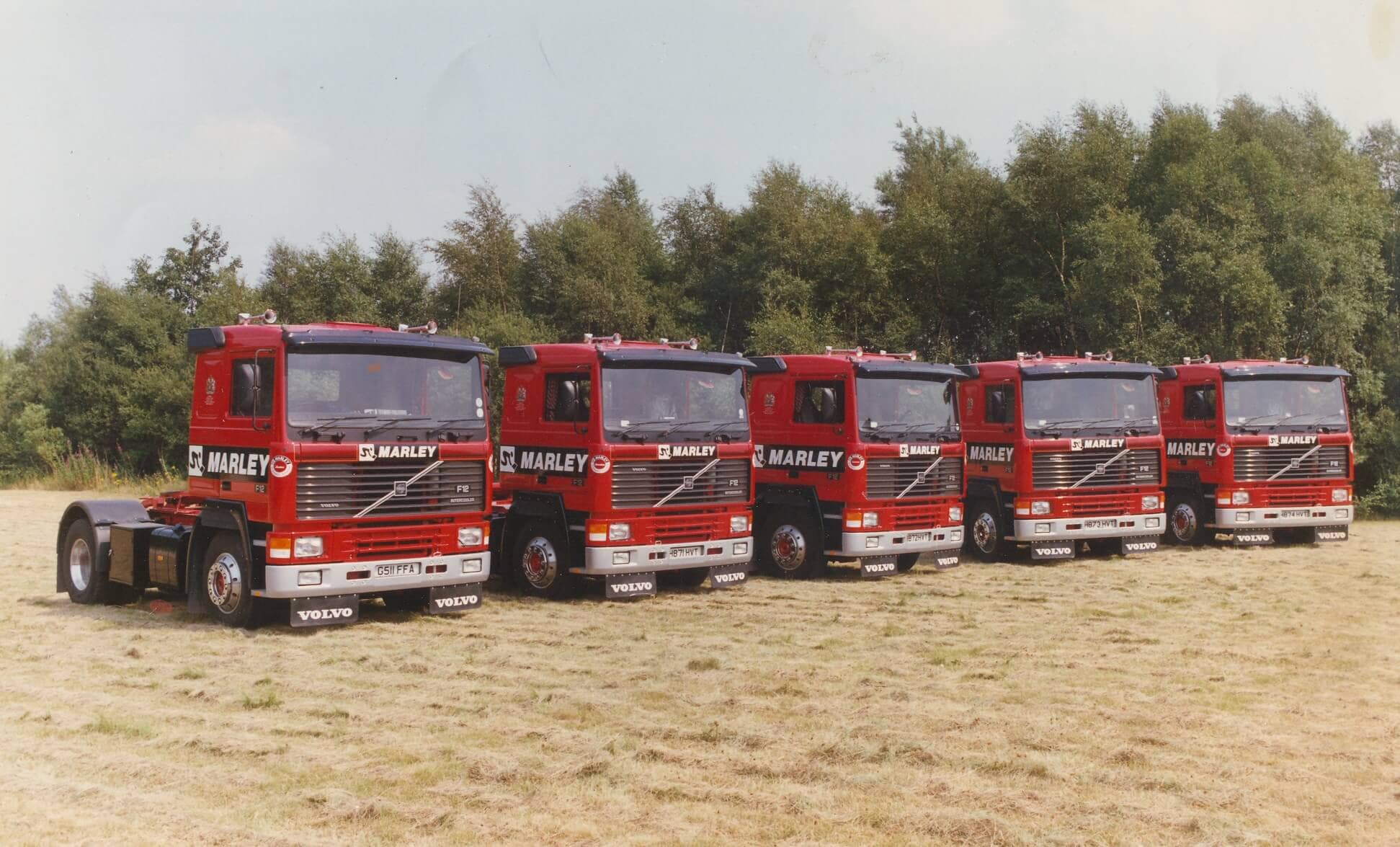 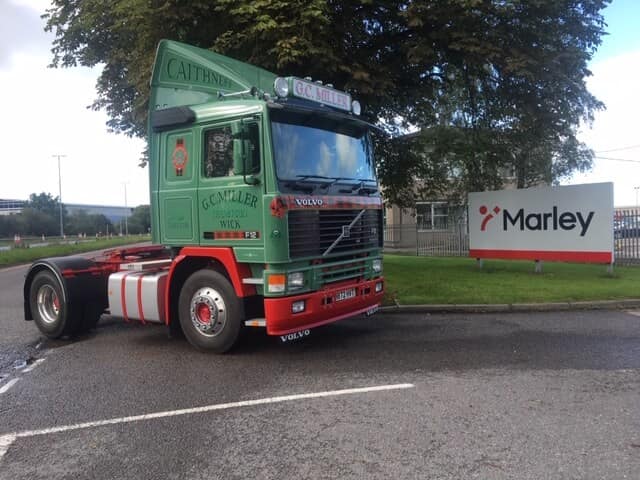 H872 was one of a batch of 5 identical trucks, that joined the fleet at the same time.
We have a photo of them together in our archives.

The photo was taken at the Marley roof tile factory at Delamere in the heart of the Cheshire countryside, where H872 was allocated under the control of Transport Manager Paul Cassell.

He had been responsible for the specification and purchase of the trucks from Volvo.

He told us “we specified the 400bhp Volvo engine as it was the most powerful available at the time, though modern day trucks now have almost twice as much power on tap”

Delamere factory closed in the early 2000s, and H872 came to Burton before being reallocated to the Thermalite building block factory at Hams Hall near Birmingham. Thermalite was part of the Marley group at the time, and H872 was used to transport broken blocks to the crushing plant at Burton to be recycled, driven by Michael Sheppard.

H872 came off the road after a couple of years, and was joined by 3 more of her ‘sisters’ to become ‘yard shunters’ at Hams Hall, moving loaded trailers out from the factory to the yard.

Etex acquired the Marley group in 1999, and when they sold Thermalite to Hanson a couple of years later, the Volvos went too. 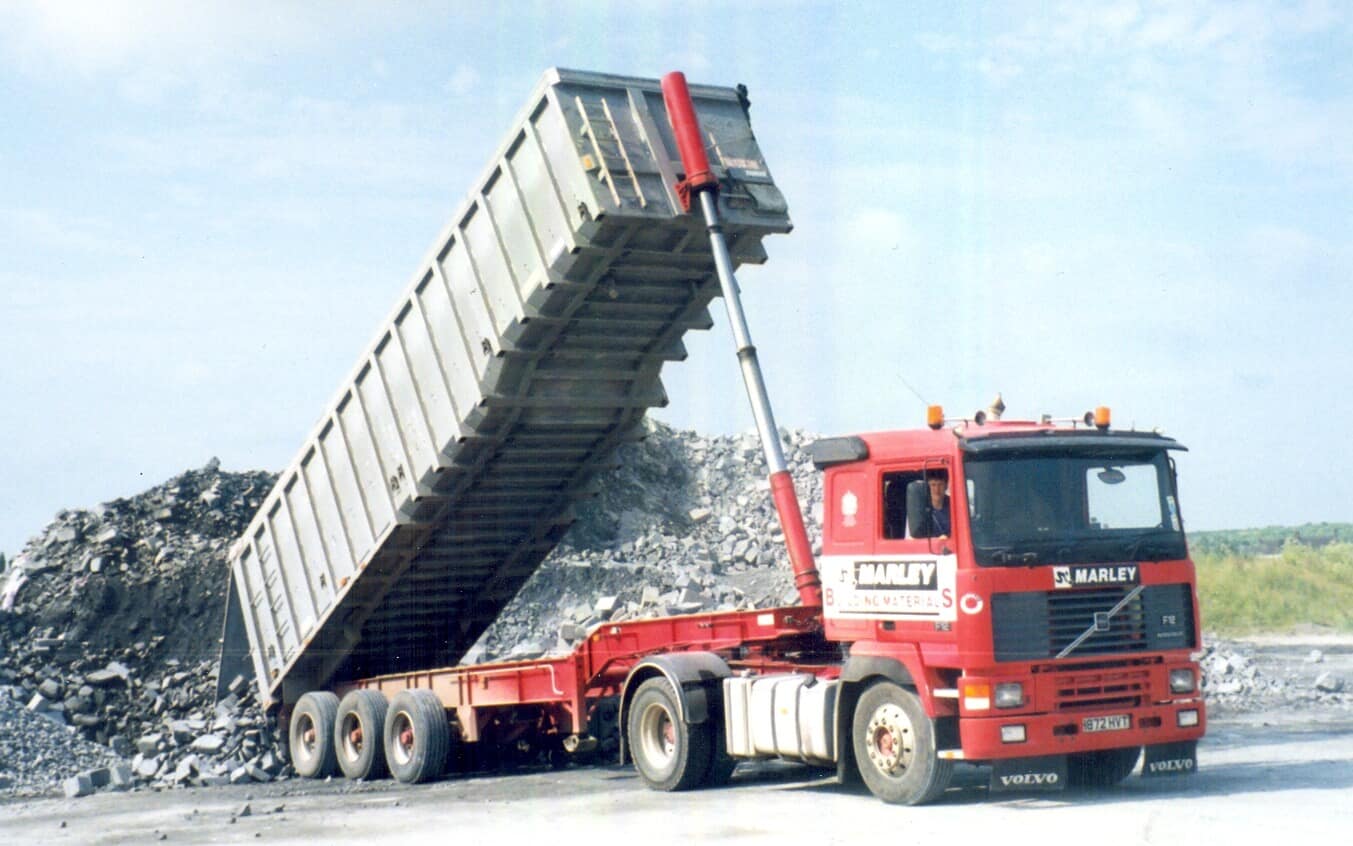 Eventually three of the Volvos (including H872) were bought by a Scottish haulier to cannibalise for spare parts. Mercifully, H872 was deemed too good to be scrapped, and found a new owner, Alan Dougan in Auchterarder (near Perth) who decided to restore her to ‘as new’ condition.

A chance conversation led H872 to her present owner, Gordon Miller, who lives at Wick in the far north of Scotland. Gordon drives a skip lorry for the Highland Council, and had been on the lookout for a suitable old Volvo to keep as a hobby. H872 was ideal. Gordon had the Volvo painted in his own livery with hand-painted finely detailed Scottish tartan. It’s a real work of art.

In 2017, Gordon posted an appeal on Facebook for any information about H872. He knew that it was an ex-Marley vehicle but not much else. I was able to give him a full history of the vehicle, along with several photos of it in service, and we became firm friends. Along with other enthusiasts, we’ve been working to track down the other ‘sisters’ and we’re fairly sure that all 5 have survived!

Gordon recently purchased a trailer for H872 which was located in Dorset, and the Midlands was chosen as an ideal ‘half way’ delivery point for it. The unique opportunity to bring H872 back to Marley at Burton was just too good to miss, and that’s what we did!

We also managed to reunite her with Paul Cassell, Michael Sheppard and Lee Sidwells (who drove sister truck H871) during the visit. Gordon (and his co-driver Andrew Burt) made it back safely to Wick, after a problem-free round trip of almost 1200 miles. Not bad going for a truck that’s almost 30 years old! 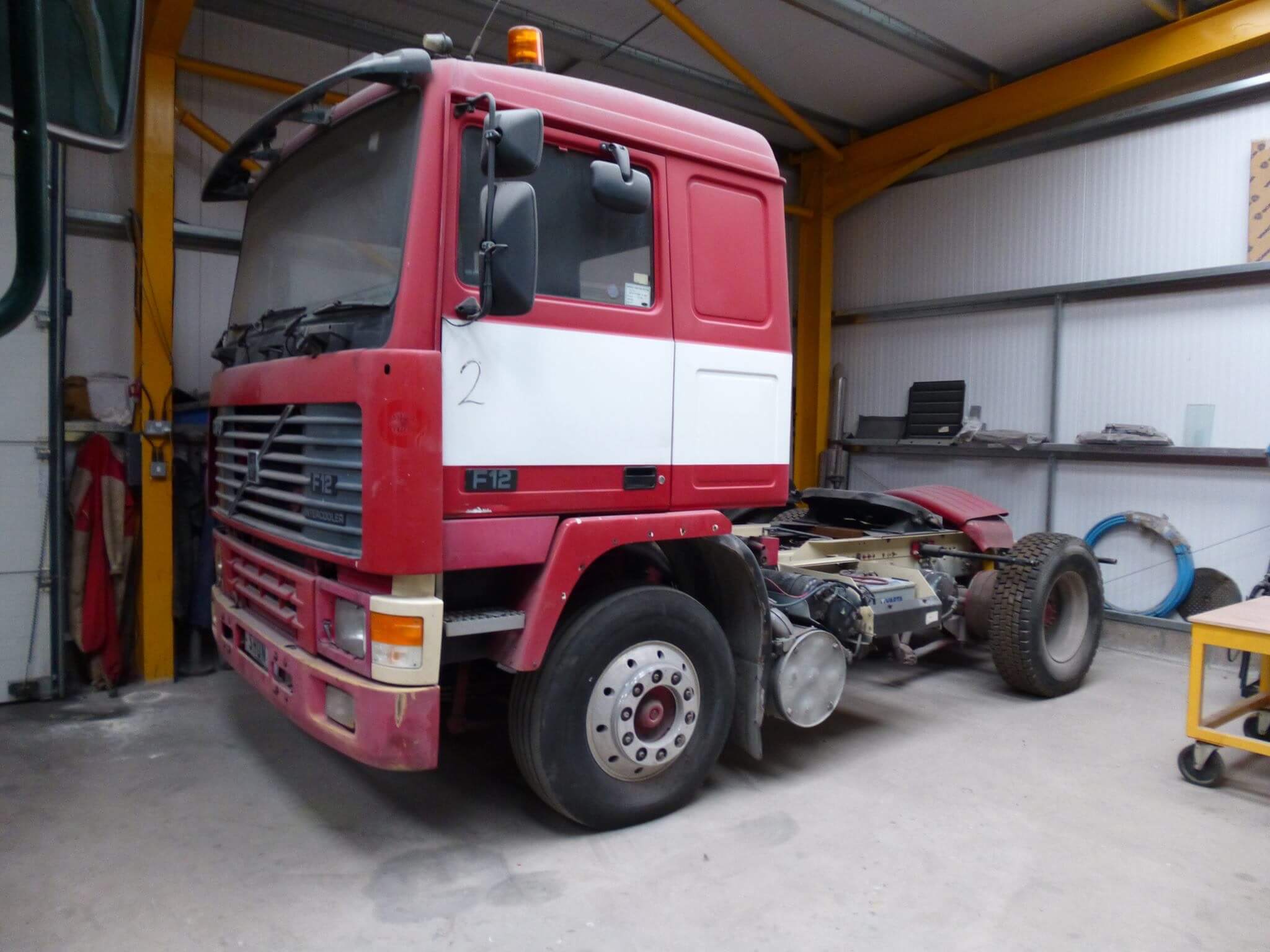 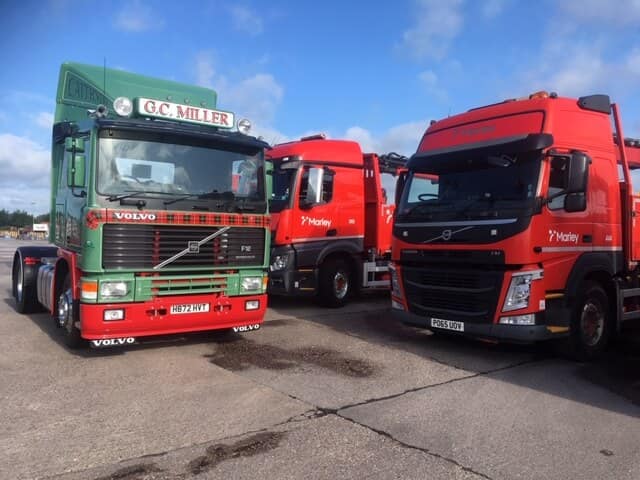