Owen Arthur Aisher was the Founder’s eldest son, and the man who turned his father’s fledgling business into a highly successful multinational company. To avoid confusion, he was always known as ‘Young Owen’, then referred to as ‘Sir Owen’ after he was knighted by The Queen in 1981.
Sir Owen was born in 1900, the eldest of six children. He was told by his father that ‘knowledge is power’ and was encouraged to read and learn as much as he could. Subsequently, it was his breadth of reading, as well as his travelling, plus his limitless energy that lay behind Marley’s adoption of so many new ideas.

He served as a motorcycle despatch rider in the First World War, and when War ended, he joined the Metropolitan Police, and became one of the very first motor cycle policeman. He lived in London, but often cycled down to Harrietsham to help and observe his father develop the embryonic Marley business. Eventually he decided to leave the Police and join the business. He was supposed to give a month’s notice but asked to be released immediately as the following day he was ‘going to an exhibition in York to demonstrate concrete roofing tiles!’ 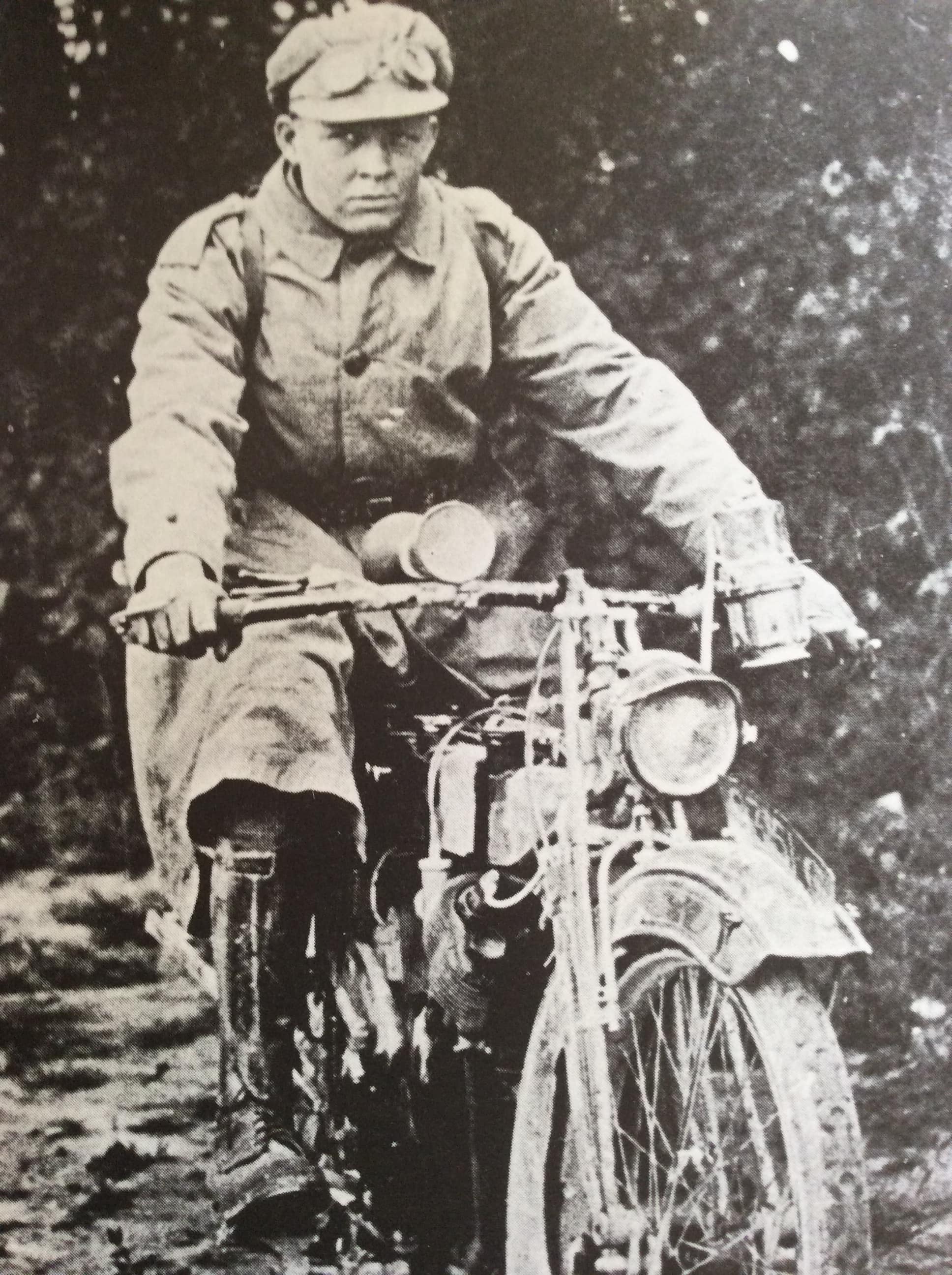 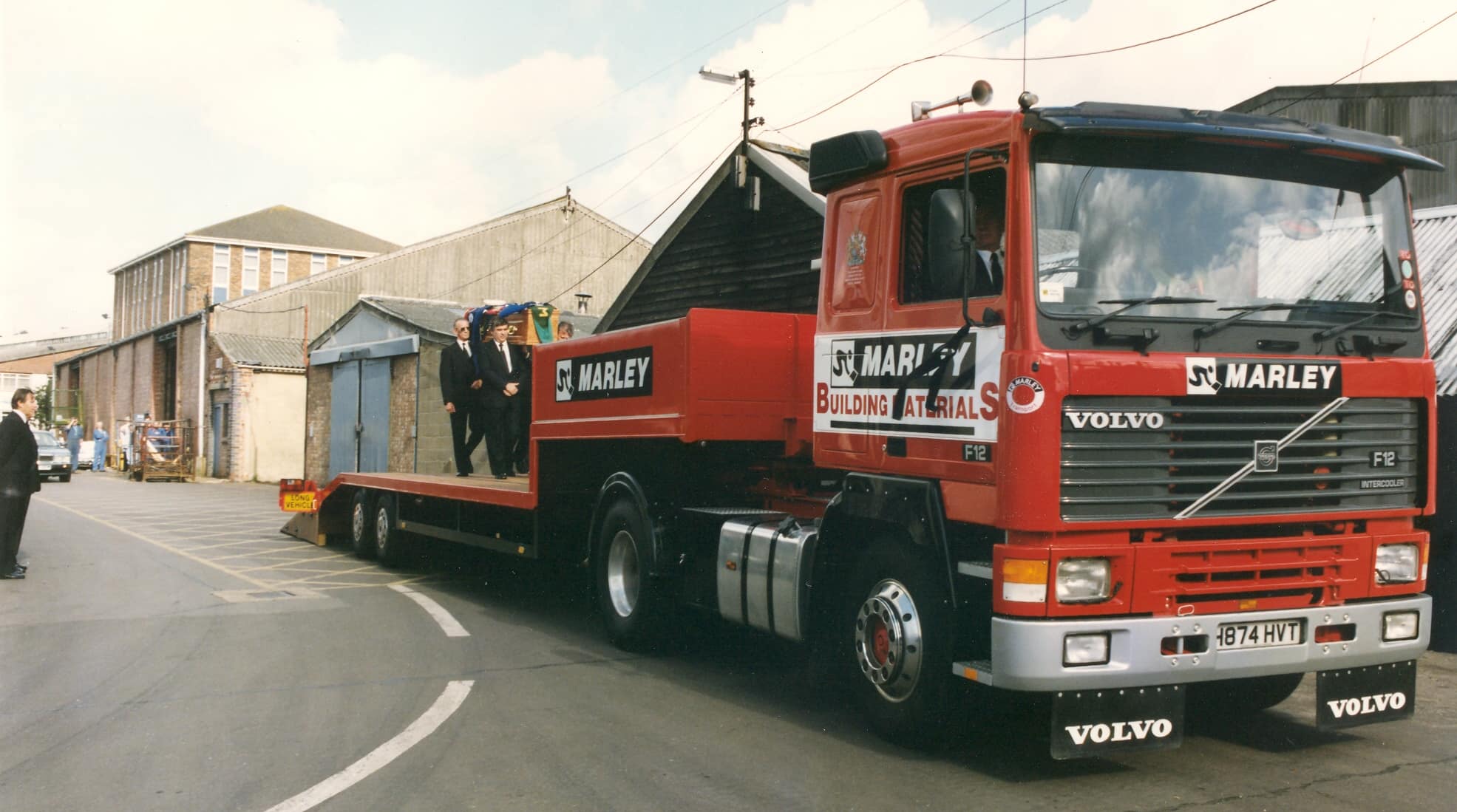 His father’s house-building and joinery business was losing money, so Sir Owen decided that their tile-making activity was the way forward. They invested in 5 additional machines and had eight workers, but the average weekly output was still only 20-25,000 tiles.

Sir Owen once described his early tile-selling efforts. “I took two tiles (wrapped in brown paper) on the back of my old police bicycle into Ashford to find somebody who needed tiles." The builder said he didn’t know anybody who could put the tiles on (everybody was short of labour) and I said we would send somebody to put them on providing you pay. We had some spare labour who had been putting these tiles on our own houses, so off they went on a motorbike and that was the beginning of supply and fixing”.

At the same time, the Aishers were also trying the traditional builder’s merchants. “They said they didn’t think much of our tiles, but if anybody wanted them, they might try and sell them. When told the price was 75 shillings a thousand, the merchants said they would never sell at that price. They were treating them as something that had to be pretty cheap, so we wrote them off and got on with it ourselves!” Throughout his career Sir Owen maintained that it you wanted to sell a new product you had to go out and sell it yourself.

Under his leadership, Marley pioneered many new products, including thermoplastic floor tiles, vinyl sheet flooring, plastic pipes and guttering, plastic baths, plus car steering wheels and dashboards. Many of these ideas came from his visits to America, as did one of his least successful – plastic ‘Hula Hoops’. Sadly, the craze never took off in the UK as expected and Marley were left with a warehouse full of stock that they ultimately gave away to schools!

(We have a genuine Marley Hula Hoop in our Museum at Burton!).

Sir Owen was a remarkable man and a very successful businessman. He was also a successful yachtsman, being voted ‘Yachtsman of the Year in 1958’. When he took over from his father and became Chairman in 1944, Marley’s employed capital was £1million. When he handed the Marley business over to his younger brother Jack in 1982, it had risen to over £251million.

Sir Owen then became Life President but passed away in 1993 at the age of 93. He left 2 ‘last requests’ in his Will, which Marley were proud to carry out. He wanted to spend his last night ‘above ground’ (his words) in the original Marley factory at Harrietsham where it all started.

His coffin was placed in there, along with his yachting cap and pennants. His second request was to be carried to his final resting place on a Marley lorry, just like a consignment of tiles. His coffin was carried very carefully on to the lorry then driven slowly out of the factory gates while the workers stood to attention. A fitting tribute to the man who made Marley great.”

Sir Owen’s funeral was covered by the local Meridian tv network in Kent and we have a copy of their video report in our Archives at Burton.

Earlier this year, a bronze bust of Sir Owen which had been with the Pensions department at Wrotham was brought to Burton and now takes pride of place in our Museum. 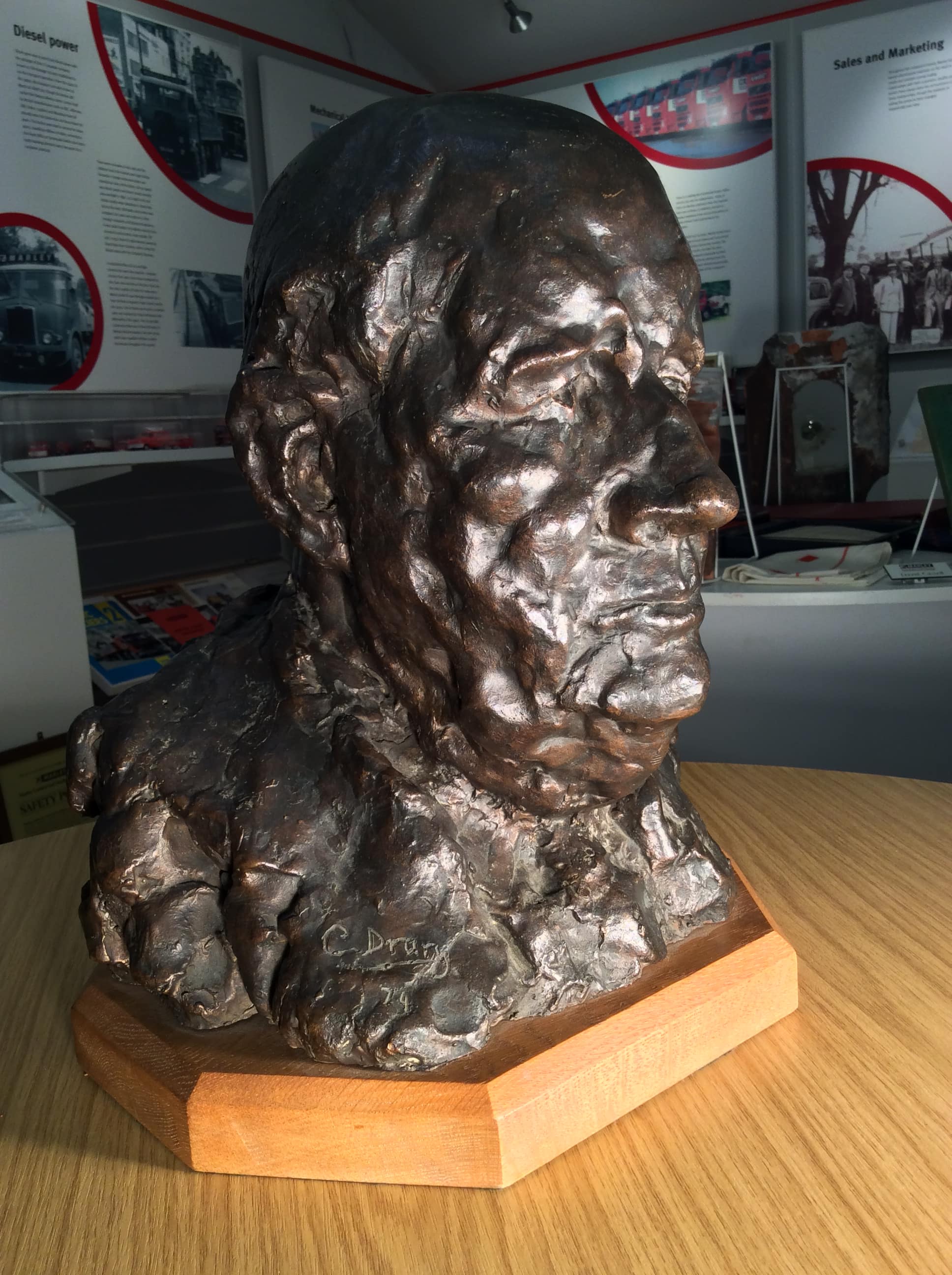