Marley and the Mulberry Harbours

This year numerous events were held to commemorate the 75th Anniversary of the Normandy Landings in 1944, or ‘D-Day’ as it is more commonly known. There probably aren’t too many present-day Marley employees who are aware of the important part that the Company played in this significant event, which altered the course of World War 2.

With the onset of the War, new housebuilding came to an almost complete stop, roof tile production ceased, and men were dispersed among the armed forces. Some of the Marley factories were requisitioned for such things as armaments manufacture and storage. Marley began to find work for the war effort, making concrete huts, air raid shelters, anti-tank blocks, and concrete ‘mats’ for tanks and vehicles to stand on in unsafe ground.

Without doubt, work on the Mulberry Harbour was Marley’s largest wartime contract, as it was for many other building firms. The Mulberry was effectively a floating harbour, fabricated in Britain, then towed across the Channel and assembled off the Normandy coast.

Sections of the 'Mulberry Harbour' being towed away for assembly.
Ships and landing craft would then be able to discharge their cargoes (men and machinery) in all states of tide to maintain supplies to the Allied invasion force. Winston Churchill described the scale of the Mulberry Harbour as ‘amounting to over a million tons of steel and concrete, and it had to be undertaken with the highest priority even though it would impinge on our already hard-pressed engineering and ship-repairing industries’. Two harbours were built, one for the British troops, and the other for the Americans, although the latter was severely damaged by freak storms shortly after D-Day.

Marley were one of 24 contractors, led by Sir Robert McAlpine, who built these structures in only 26 weeks. Roadways for the invasion passed over floating piers which were code-named ‘whales’. There were 10 miles of these roadways, connected to each other and supported on floating pontoons of reinforced concrete, code-named ‘beetles’. 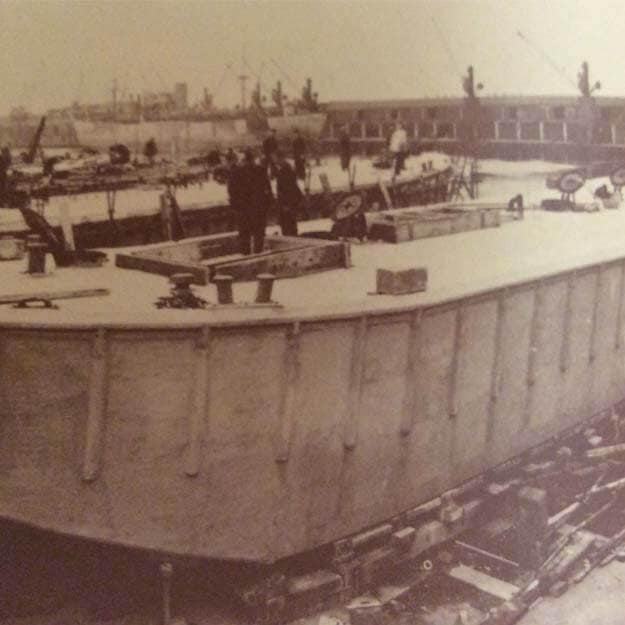 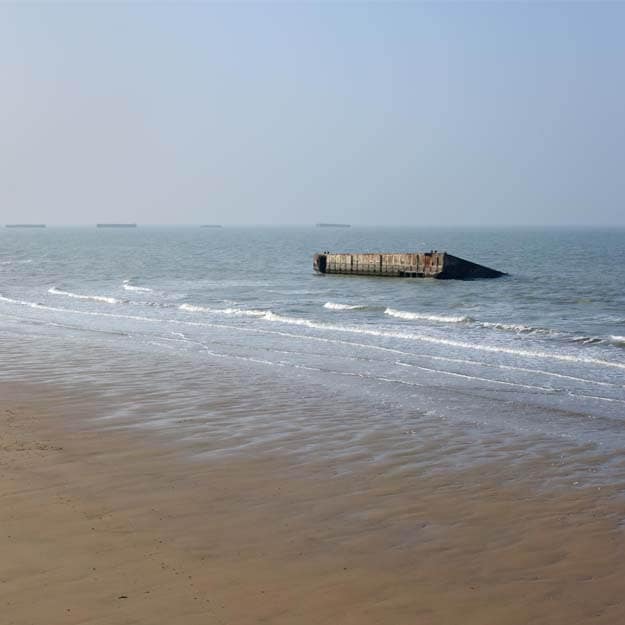 Marley contributed pre-cast concrete panels used to make these. The concrete had to withstand a 5000lb per square inch compressive strength for buffeting in the sea and protect the reinforcement from the corrosive seawater. A staggering 2.5 million men, 500,000 vehicles and 4 million tons of supplies went ashore via this construction. Sections of the Mulberry survive to this day and can be seen in the sea off Arromanches, the town where some of the biggest commemorations were held this month with World leaders in attendance.

Marley were recently contacted by Mr.J.Thomas-Llewellyn, from Reading University, asking if we could provide him with any information about Marley’s involvement. He has written a major document about the Mulberry and is due to address an international Normandy 75th conference later this year. We were delighted to assist him, and in return he told us that he had recently found and interviewed the last surviving engineer for the project from 1944. This gentleman specifically recalled Marley’s involvement in carrying out their duties as the waterproofing specialists for the Mulberry project. We should all be very proud of what our predecessors achieved!