When Stephen Cunningham of Decksons of Mains of Boquhan was called in to assess the failing timber deck at the Hilton Garden Inn on Finnieston Quay, it was clear that a straightforward replacement deck was not the most suitable option.

All in the detail

When Stephen Cunningham of Decksons of Mains of Boquhan was called in to assess the failing timber deck at the Hilton Garden Inn on Finnieston Quay, it was clear that a straightforward replacement deck was not the most suitable option.

The existing 198 square metre deck was a thin 19mm hardwood, which had started to split and decay. The existing deck boards had been laid too tightly together and the deck frame and joists were uneven. This meant that water was not correctly draining through the decking causing ponding water and the timber had started to decay.

Originally the client wanted to replace the boards like for like, but having successfully installed nonslip timber decking Citideck® for the main thoroughfare outside Glasgow’s Science Park, Stephen could see the benefit of changing the decking type to the smooth CitiDeck® boards for this project.

“We used timber decking with three antislip inserts for the main entrance and thoroughfare to the Glasgow Science Park back in 2006. After 6 years of daily use with high levels of pedestrian traffic the boards are still performing as well as when originally installed. We took the client to see the Science Park job and he agreed that CitiDeck® was the best solution.” Says Stephen.

“The boards are smooth”, Stephen continues: “antislip, but with a finer aggregate so they work really well for this type of project.”

Rather than replace the whole deck frame and joists, Decksons carried out remedial work, raising and levelling the joists to provide the optimum levels of drainage. Installing the boards to the correct standards of spacing and fall will help to effectively manage any water on the deck. “Using the smooth CitiDeck® boards will also make the decking easy to clean and provide a comfortable walking surface for urban footwear and a more even surface for wheelchairs and the visually impaired. The refurbished deck is much better and will make the space more usable for many years to come.” Stephen concludes.

All Marley timber decking is made from European Redwood and graded to either strength class C16 or C24. Decking is sustainably sourced with full FSC and PEFC chain of custody and comes with a 25 year guarantee against rot and decay and is treated to Use Class 3 as standard. For more severe applications, or freshwater or marine applications, Use Class 4 treatments are available.
With the trend of people choosing to dine outside, establishments in the hospitality sector need to ensure there is a safe, inclusive outdoor space for their customers to enjoy.

To read more about non-slip decking within the hospitality sector, view our dedicated landing page.
Non-slip Decking in Hospitality areas 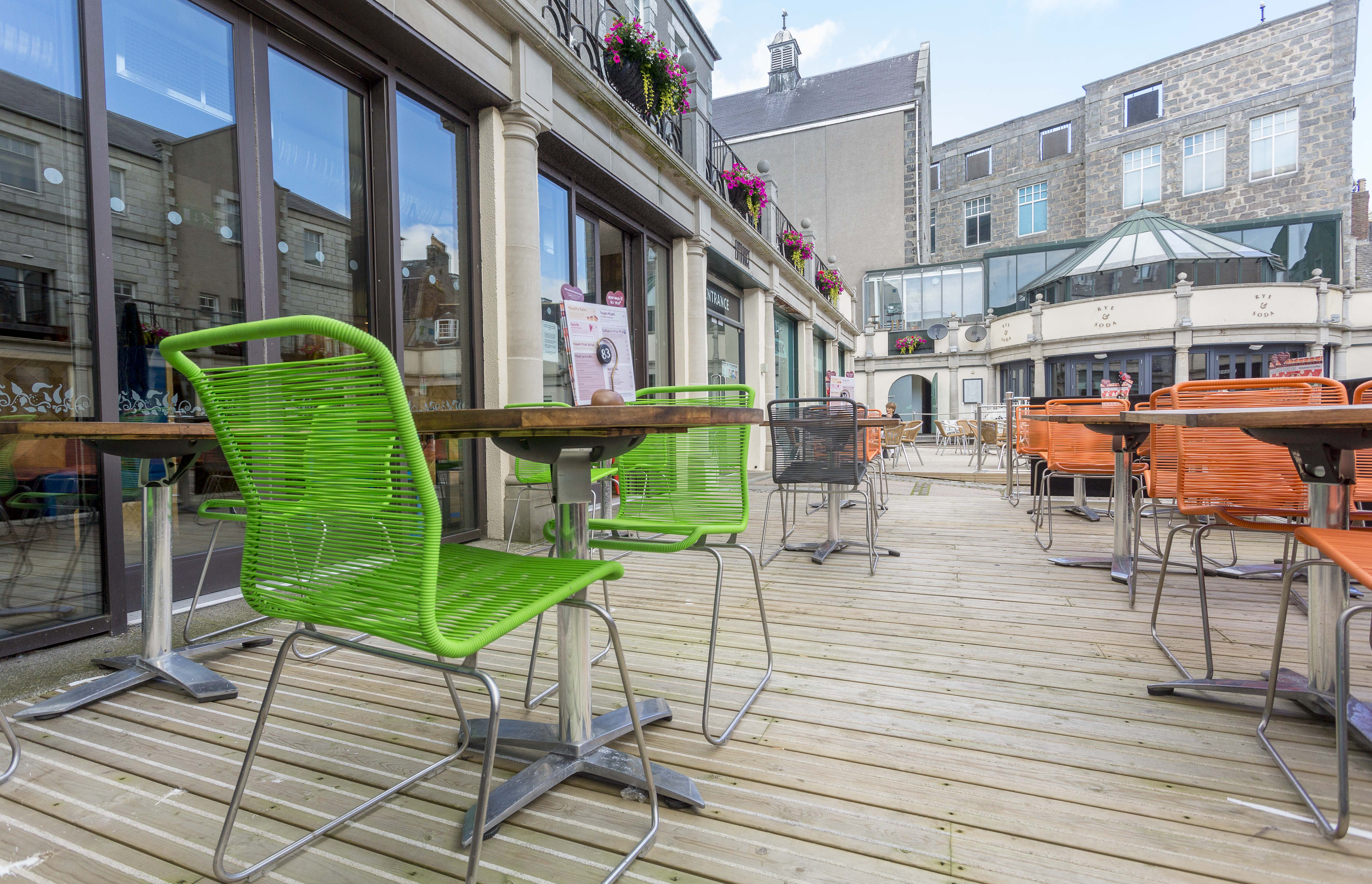