At Marley, we believe that having an inclusive and diverse workforce is key to our success and provides us with the opportunities to innovate and make the right decisions, by understanding and reflecting the wide range of backgrounds of our customers.

Our goals for equality and fairness also provide an exciting environment that attracts, retains and develops our talent of great people.

As an employer with over 250 employees, we are required to carry out and publish details of our Gender Pay Reporting, the percentage of our male and female employees who receive a bonus, and proportions of men and women in each pay quartile of our workforce.

Marley is committed to equality of pay, where a man and a woman are paid the same for like-for-like work, as well as closing any gender pay gaps that exist.

It should also be noted that gender pay and equal pay are not the same;

The gender pay gap reporting rules are designed to enable employers to take appropriate action to address any imbalances.

Marley is fully committed to ensuring all our employees are paid a fair wage for the role that they undertake irrespective of gender.

On the snapshot date of 5th April 2020 the Group's total UK workforce comprised of 590 employees.

Marley Ltd commended trading on 1st January 2019 and this is the inaugral Gender Pay Report.

This reports the difference between the gross hourly earnings for all men and the gross hourly earnings for all women. We are very pleased to report that both the mean and median difference in hourly rate of pay for male and female is low in relation to the current national average; The 2020 mean gender pay gap is 6.5% and the median gender pay gap is 15.9%.

The table shows the proportion of men and women in each of the four pay quartiles. This consequently shows a small relatively higher proportion of women in the upper and lower quartiles, but overall balanced across the ranges.

The Gender bonus gap is based on incentives paid in the year to 31st March 2020. The number of women receiving a bonus payment in this period is lower, although the overall number receiving a bonus is lower than expected. The reason for this is that some bonuses are paid monthly and others on an annual basis. The annual bonuses for this period were paid outside of the reporting period and incorporated a relatively higher proportion of women.

We are committed to continuously reviewing and assessing the levels of gender equality in Marley, the balance of male and female employees at the different levels, and how effectively we are maximising and rewarding talent.

I confirm that the information contained in the gender pay gap report dated 5th April 2020 is accurate. 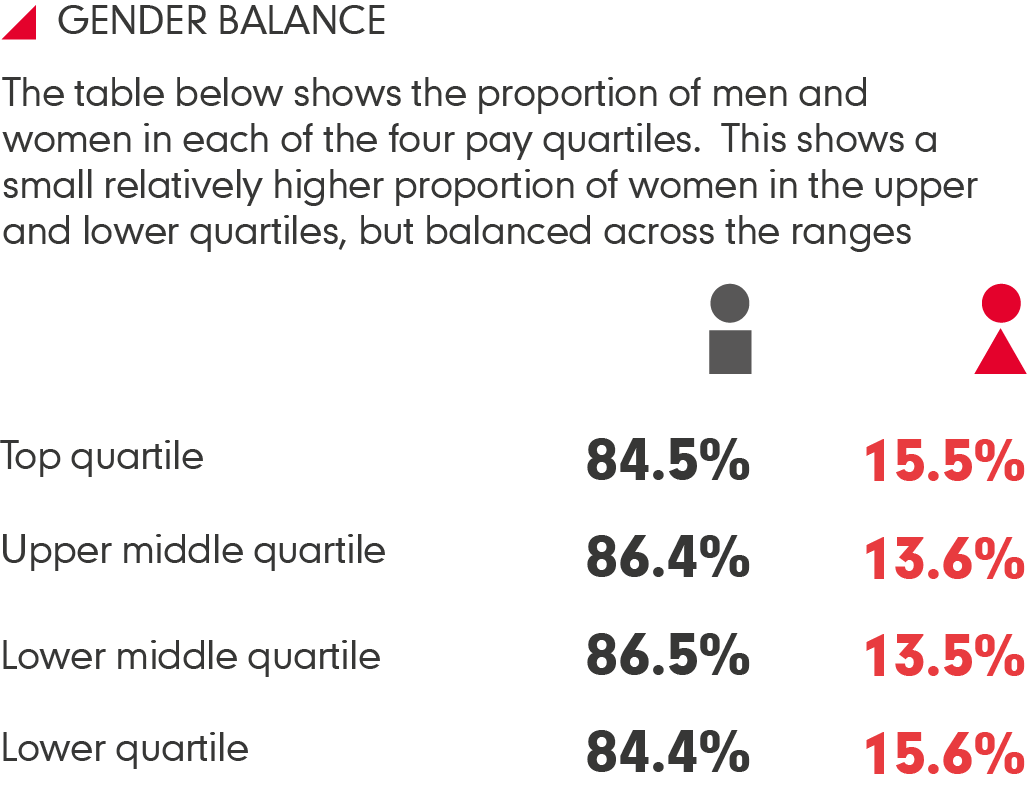